Everyone was up very early and for some part of the night as well.  Seems Sol had a dream that her sister threw up in the bed and Sol woke up and ran to get help.. Only problem was it was a dream but by then most of us were at some stage of being awake.  Once they all settled down again things were okay until about 6 am.  Have to admit I could use a good nights sleep at this point.

So up we got most of us by about 8. Kids were not interested in taking the Metro to the Zoo or to Union Station or for going out for a walk initially.  Finally “little bear” decided it would be fun to go for a walk with Grandpa.  Sol did not want to go anywhere. After having a bit of a snack and helping Ian do some cleaning up for their open house tomorrow I went out on my own for a walk up to the Health Food Coop.  Had a lovely walk through the town and saw a lot.  I find that having a camera with me at all times makes me more observant of things. I have to say that is one thing I have learned from the Galway experience.  Sort of like stopping to smell the roses. Taking time to look around and actually see what there is to see opens up a lot of the world that most people just pass by.

Up the road there are the most interesting statues in a couple of front yards.  I was so surprised when I saw them that I stopped and then another lady stopped and we admired the work.  And I noticed the enhancement on the sidewalk. I don’t think it is stone, actually almost looks rubbery but that is okay, it is colorful and fun to see. The colors changed as I walked along.

I shopped, at the check out told the woman there that they really need more gluten or wheat free foods.  I could not find a decent bread in the entire store. I hate the frozen rice breads, they have no flavor and they did not have the kinds of breads that they have in Albany or Galway.   On the way back sitting in the window of the Bistro were Maya, her mom and Sol out for some lunch.  They had finished decorating all the cookies and thought the deserved a reward for their good work. They looked so cute out there together.

Ian, Denis and LIttle Bear had gone out to the doctors to have LB’s glued together rather than stitched hand looked at and re-bandaged. Seems the glue they stuck her together with was not staying the way it should. Then they went to the market for food for tomorrow.  So I was home first and it was so lovely and warm out I sat outside knitting for a while and when Sol got back she and I sat out there doing a puzzle and chatting. She was in a silly mood so it was a fun time.

Later in the afternoon Maya’s sister and family arrived to pick up Mor-Mor to take to their home in Virginia over night before returning her to Baltimore.  I don’t think they plan to come to the open house tomorrow. The new baby was cute, just about three weeks old so very tiny.  The other two kids were cute and seemed excited to see their cousins and get presents.

As soon as the family left we told Ian and Maya to pack up and go out for the evening as they had wanted to for his birthday so off they went and we got a pizza for the girls and ate very late for them.  I gave them some ice cream bites for dessert and then we did a quick kid clean up and had videos and stories and then bedtime.  I read two  Fancy Nancy books. They are really fun to read and I love the use of “big” words in them.  And including names of famous artists and their work. Very nice way to slip in educational material when kids least expect it – or maybe parents and grandparents don’t expect it.

Soon it will be time for sleep. Don’t know how late the kids will be out. Hard to believe Ian is turning 40. I sure remember 40 years ago. What a traumatic couple of weeks those were! But I won’t go into that now.

Here are some pictures from today.. 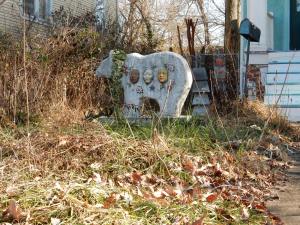 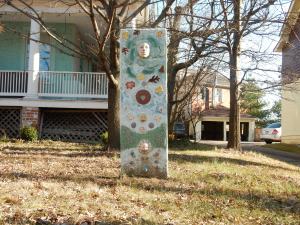 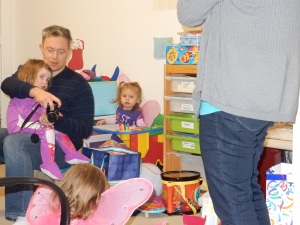